This morning as I awoke abruptly at 5 to the sound of my almost two year old’s cry of, “Mama!”, I recognized that I had had a very significant dream that unfortunately I had no time to try and recall the details of, lest Elam wake up his brother as well. As the morning went on, I attempted to recall the entirety of the dream, though I could only remember one glimpse of it. I knew that it was pertinent and needed to be revisited, so the first moment I got alone after putting the boys down for a nap, I went to my new ‘wrecked’ spot in our PRAY/PLAY room to ascend the hill of the Lord and seek His face…perhaps He would also allow me to re-receive the Word/vision.

As I sat and prayed, listened to an incredible live conversation between Larry Sparks and Nate Johnston about “No More Delay” recorded last night, and reflected on the Word of the Lord for me this morning, the Lord began to direct me back to the place I was in in the vision in the night. What could I do in that moment but to write as He revealed revelations of glory?…

In the dream, I walked through a set of double doors like you would see at an event center or conference center. The room was almost like a large-scale conference room set to house about ten thousand people or so. There was the floor area where I was standing and gazing upward, I saw a secondary section wrapping around the room of chairs almost like an arena. The lights were dimmed in the entirety of that section and the focus was on the ground level. As I looked around the room, There were rows of chairs set up in two sections off in the back of the bottom level. There was probably enough chairs set up for about five hundred to sit in. The chairs were empty except for the right section which had about two hundred people.
I could see in the spirit that there was either a video that had been played or was being played that stated the calculation of the size of the upcoming global harvest. I knew that the group of people standing and seated in the chairs were the intercessors for the harvest. There were millions of souls that were destined to be reaped as a reward. I thought it odd panning around the room that it was primarily empty, especially since we are talking about the global harvest!
These intercessors were in deep travail, bold declaration, and in heavy warfare over the promise and release of the harvest. Suddenly, I could feel the intense desire and longing of the Lord for this entire room to be filled with His intercessors. I could hear the voice of the Lord emphatically saying, “No, no, no…this is not enough! The harvest is so great! Where are they that would prepare the way? Where are all of My other warriors that would strike the ground with their prayers and break up the fallow soil to make way? Do you not realize the time? Do you not understand that My blueprints have been drawn up and it is time to take hold of them, time to set your face like flint and tear down every demonic hindrance and stronghold in your land? AWAKEN TO THE REALITY THAT THE TIME IS NOW! I DESIRE NO MORE DELAY! It is time to stop keeping your blueprints at an arm’s reach; and to take hold of what will undoubtedly change the course of eternity! The projection of the harvest is immense, but I want it to be so much greater and the wave so much stronger! If My marked ones would rise up and open their mouths and loose their tongues, then I would come in and bulldoze every delay agent in an accelerated pace. Oh, how the harvest would become so immense as you truly take hold of what is extended to you!”

Hosea 10:12 (AMP)
Sow with a view to righteousness [that righteousness, like seed, may germinate]; reap in accordance with mercy and lovingkindness. Break up your uncultivated ground, for it is time to seek and search diligently for the Lord [and to long for His blessing] until He comes to rain righteousness and His gift of salvation on you.
(NLT)
I said, “Plant the good seeds of righteousness, and you will harvest a crop of love. Plow up the hard ground of your hearts, for now is the time to seek the Lord, that He may come and shower righteousness upon you.”

Beloved, the weight of the desire of the Lord for the awakening of His marked ones, His intercessors, His change agents is greatly overwhelming. The power of prayer and declaration is mighty in the Kingdom and bears much reward. With the global harvest, as well as in our own lives, we must readjust our mindsets. To say that we know these things are imminent, and then to do nothing with this knowledge is disappointing to the heart of God. He longs to bring these things upon His creation, but He also desire us to participate and partner with Him in what He is doing in the nations. To sit idly by and to do nothing will only aid in the delay of its release as well as leave us out of the blessings that are to come through partnership.

Every single one of the chairs in the dream were meant to be filled with fiery burning ones, demolishing enemy forces, and establishing Kingdom release in the earth. Do not let the enemy bind up your mouth for when you decree and declare the things of Heaven in the mighty name of Jesus, all the angels in Heaven respond immediately. Once a declaration is spoken, there is a response on its way. A divine exchange.

A quote from Jennifer Eivaz wrecked me as I received this prophetic download, “Before there is ever a revival, the Lord will send an intercessor.” Intercession breaks up the hard soil, the fallow ground. Fallow literally means unused, unproductive, uncultivated, and left for a period of time without being sown to restore its fertility.

While listening to the “No More Delay” message stated at the beginning of this post, Larry Sparks shared some powerful insight and prophetic revelation Holy Spirit spoke regarding the delay of release of prophecy, “The prophets will prophesy. Where are My apostles to bring alignment to the Word? Where are the evangelists and teachers–the five-fold ministry? Where are the people that would actually act like the prophetic word is true and will reorient and realign their lives to accommodate the prophetic word?” The role of the prophet is to ascend to the hill of the Lord and in that place of seeking, He releases a word, vision, prophecy; and the responsibility of the prophet is to release such revelation at the proper given time. The four other roles of the five-fold ministry are to take the word, awaken to and allow it to bring transformation, and to put it to use in whatever way Holy Spirit leads. We are all called to pray, intercede, and war in the spiritual alongside the Greatest Intercessor (Jesus) to bring the will of the Father about. This shared partnership, this whole being then comes together in a divine synergy with Holy Spirit at work and thus the will of the Lord is released in power in the earth, in the nations.

So you see brothers and sisters, we simply cannot do nothing with the Word. We simply cannot allow it to be released and not take it up, pray it into reality, and run with it. We simply must not allow ourselves to become apathetic to the call and desire of the Lord. My question for you today is this, are you ready to rise up and receive, apply, realign, intercede, war, fight, run, and ascend until the fullness of the Word and desire of the Lord is released into the nations? Or are you going to allow it to remain fallow until a person and generation arises that is willing to count the cost and go all in? The choice is yours.

Thousands saved in Southeast Asia and the sound of an abundance of rain!!! 💨🌧🌊

This afternoon I shared a final count update from Jeremiah of people who gave their lives to Jesus in a 6 days period while ministering in Southeast Asia in one region! Prepare to be blown away at Jesus!!! Acts 2 being made manifest present day!!!

I also released a brief prophetic Word of the Lord and encouragement pertaining to the outpouring of the rains of the Spirit, holding tightly to the promises of God in the face of adversity, and persevering to receive double the recompense and double the blessing! 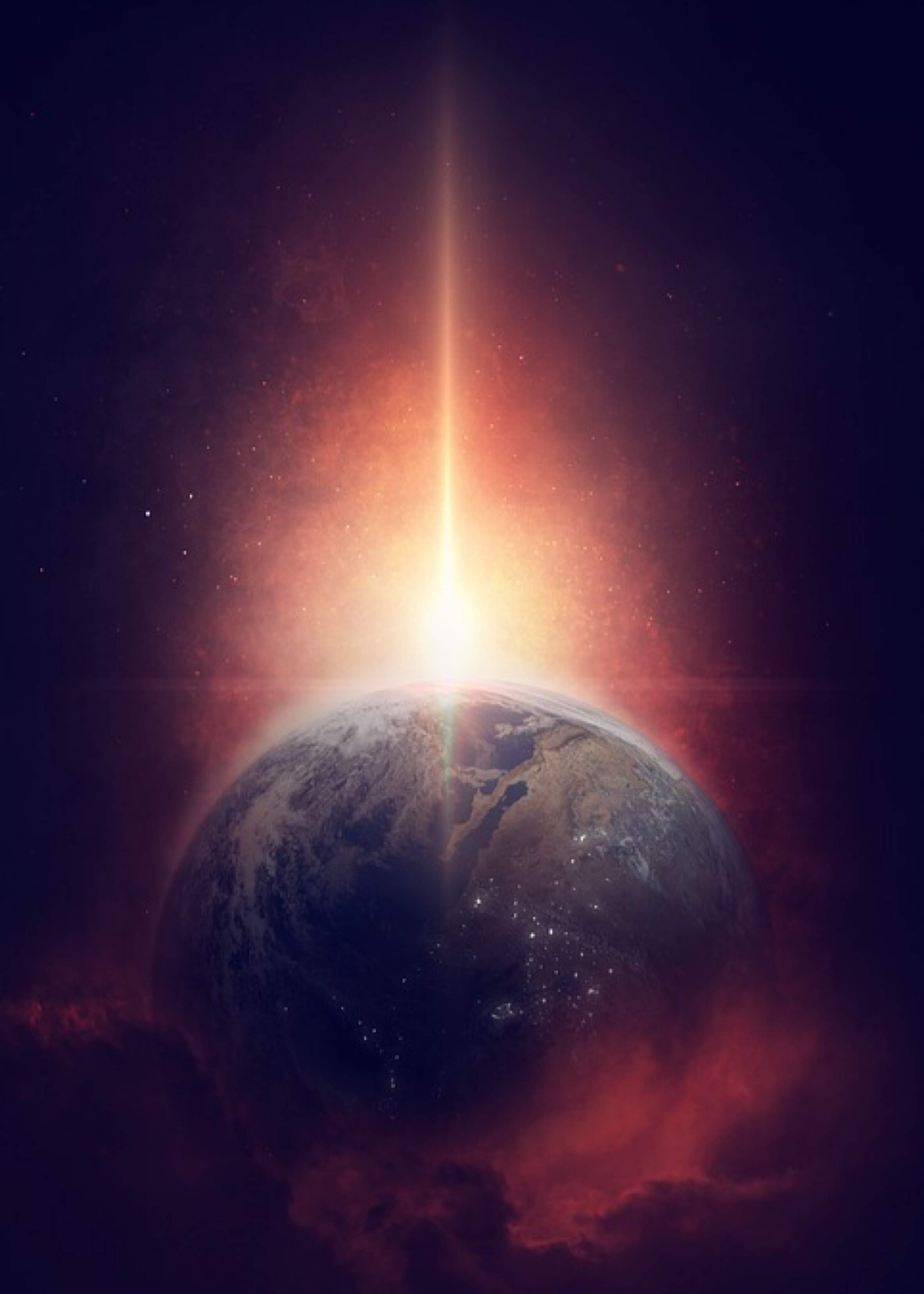